In one of the photos by the Spanish photographer Emilio Morenatti, a rescuer from Chernihiv carries books from under the ruins of a dormitory. What the photo does not tell is that the same thing happened to the house of this rescuer Oleksandr. It was destroyed by a Russian aircraft. 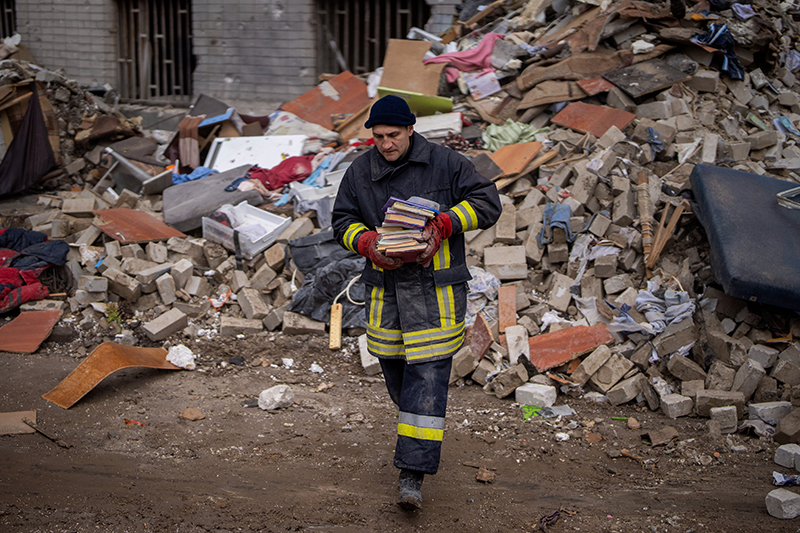 Hearing the boom at noon on March 3, his wife Anna was dialing her husband with trembling fingers. For three hours, Oleksandr had been standing in line at the butcher’s shop under the high-rise apartment building, where a black hole had been gaping for several minutes.

Anna Rodionova, the rescuer’s wife, was staying that morning with her six-year-old son, her  husband’s parents and relatives in the basement of a neighboring house, a hundred meters from their house at 15 Chornovola Street.

They dutifully hid during times of air-raid alerts. Anna took her parents to live with her, thinking that their area was safer. After all, it was in the very heart of the city. Anna remembered that morning as usual and sunny, her mother remembered it as gloomy.

In the morning, a Russian aircraft dropped bombs on a petroleum depot in Chernihiv, opening a month of long bombings of the city. There was still electricity and water, but not in all areas, store shelves were slowly emptying, and the safe road from Chernihiv, which the Russians had been trying to break into for a week, was narrowing.

After a night in the basement, Anna and her parents came out into the open. It was quiet, so they didn’t want to waste time. Anna woke up her son and went up to the third floor of her sister-in-law’s house. Anna’s parents — Tatiana and Vyacheslav — decided to go to their daughter’s apartment, in no more than a few minutes’ walk from their basement. They wanted to fetch some more belongings.

Anna washed her son, fed him, and had time to drink coffee herself. She wanted to go back to the basement, but her sister-in-law had just washed her hair and asked her to wait, because she was scared to be alone. Anna agreed. It was still quiet.

The rescuer Oleksandr, Anna’s husband, was off work that day. From the very morning he went to the butcher’s shop in the neighboring seventeen-story building, which was visible from their window. Bread was delivered to the store in the morning. Around twelve o’clock he had been standing there for over three hours. Across the street, people were standing in line at the pharmacy.

At a little past twelve people heard an alert signal. Anna moved the child into the corridor. They were talking what they would do when the war was over.

Tatiana, Anna’s mother, was in the apartment in Chornovola street. In addition to taking belongings, the woman was tempted by silence to wash and brush her teeth. She packed the collected clothes in a blue bag and put it in her daughter’s bedroom.

The woman took two chairs and carried them into the corridor. The man sat down against the wall. For a second, Tatiana stopped in the passage between two rooms, one of which opened onto the street, and the other into the courtyard. Two of the six bombs fell just in these places. 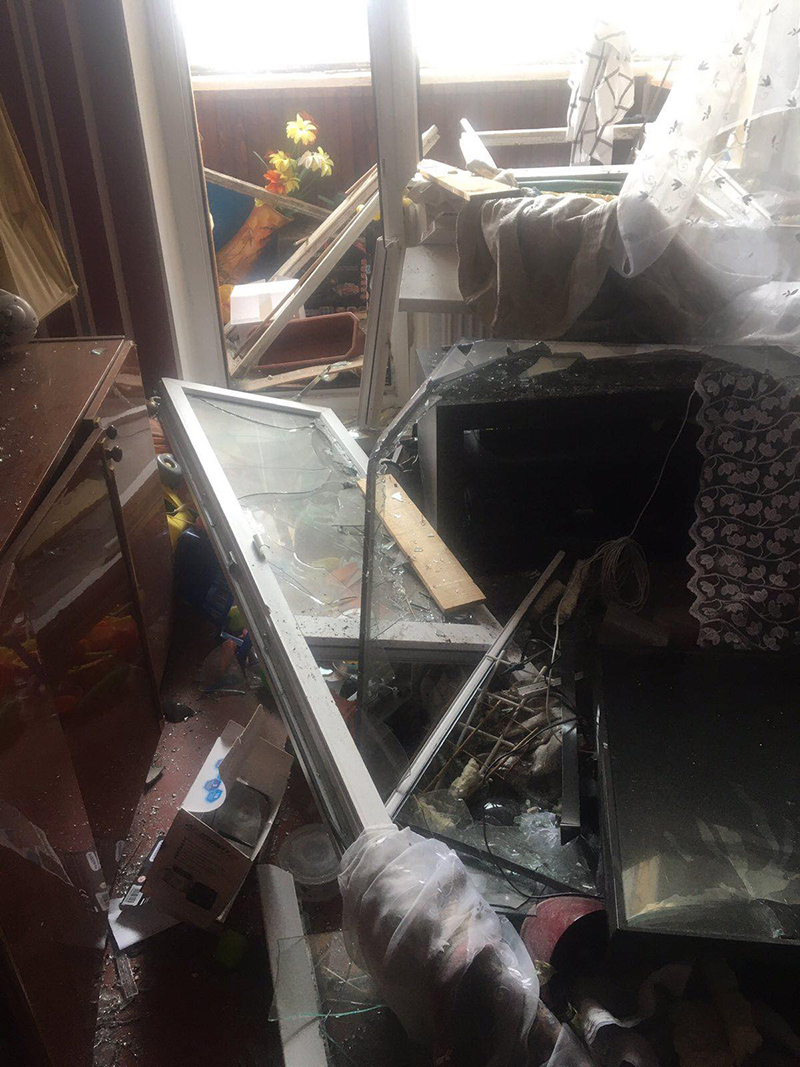 A flash of fire and cloud of smoke enveloped the residential area when the explosion boomed. Anna only had time to shield the child.

It seemed to Tatiana that her daughter’s apartment flew at her from two sides. She felt something hit her head and leg at high speed. At the same time, people from more than six buildings started calling the rescuers.

When the bomb blew out, in a blink of an eye Tatyana’s husband managed to pull the woman by the arm and throw her to the floor. That might have saved her life. Only a window sill flew through half of the apartment.

When they came to their senses, they realized that the apartment of their son-in-law and daughter had been destroyed. Through the broken window frames, sirens, car alarms, and incessant cry, almost howling, of people could be heard from the street. Tatiana got up and tried to go to the kitchen. She saw a pigeon that was sitting on the broken window frame.

So that the bird wouldn’t be frightened and crippled in the collapsed apartment, Tatyana began to go backwards. The husband started shouting: «Hurry up! Hurry up!» Tatyana looked into the kitchen once more, the bird was gone.

Covering the child with her body, Anna heard the glass crack and fall. There was a sound of stomping of dozens of feet in the entrance hall. They too ran down to the ground floor. Anna saw many wounded by glass shards. She called her mother:

Mom was silent at first. She wanted to say that they too had been hit, and her daughter no longer had a home. Anna did not yet know that she was only affected by the blast wave.

— Are you okay, mom? — she almost cried on her mobile.

A minute before the bomb explosion, Anna’s husband finally entered the store. There were five people in line ahead of him. Anna started calling him. He said something unintelligible. Anna did not know that the house under which the man was standing had also been hit by a bomb, and fragments of apartments and windows showered the people in the line for bread.

In a few minutes, the man ran to Anna, grabbed her and her son and led them into the yard. Anna saw many people walking around the yard in confusion, holding on to the injured arm or head, asking for help was heard from everywhere. The rescuers set up a ladder to the upper floors of her house. Explosions were heard somewhere, smoke was billowing from the side of the street. 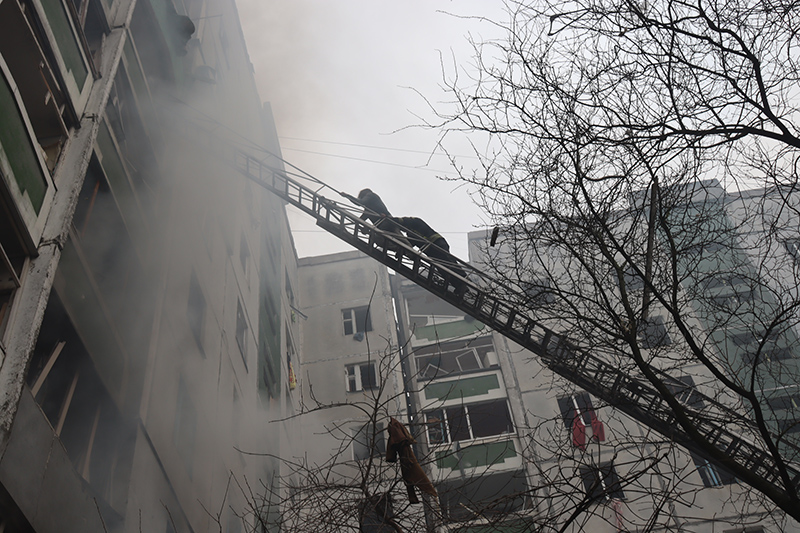 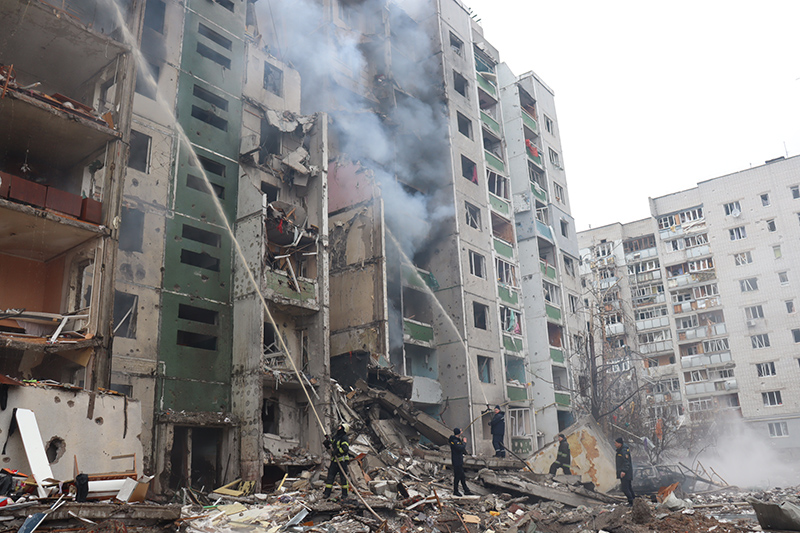 Anna fell to her knees in despair. She did not see what was happening from the side of the street. There were dozens of wounded and dead. Serhii Shumansky from the neighboring building was just running to look for his parents at that moment, and saw at least six dead bodies. One of the risers of the nine-story building collapsed, taking with it those who were in the rooms. A woman who came to look for her relatives under the rubble remembered human limbs among the debris. 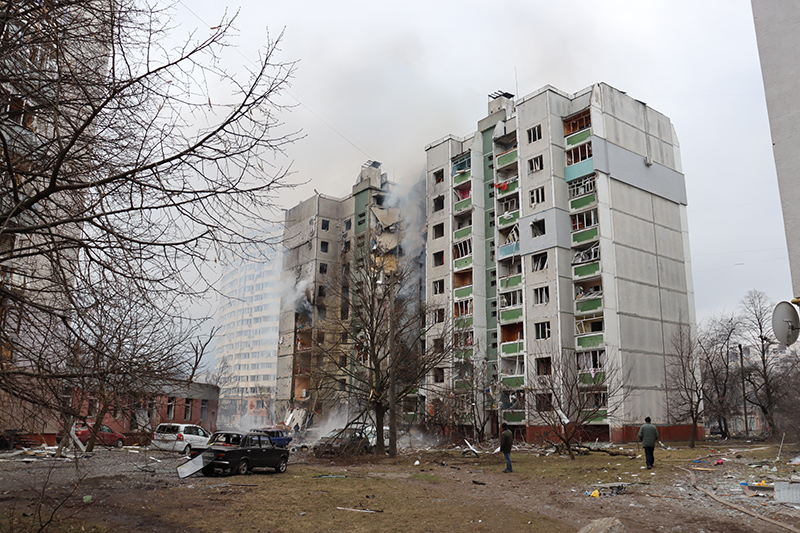 Oleksandr literally pushed his wife and son into the basement. He himself ran home: to find his mother-in-law and help others. 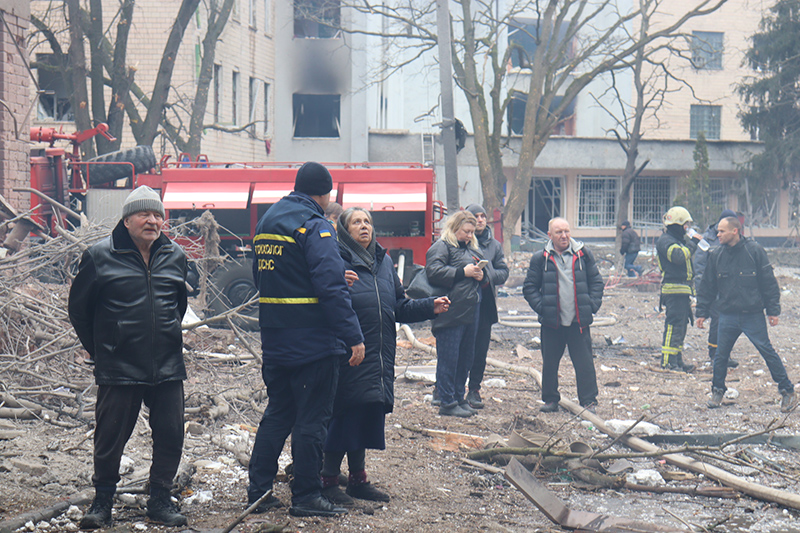 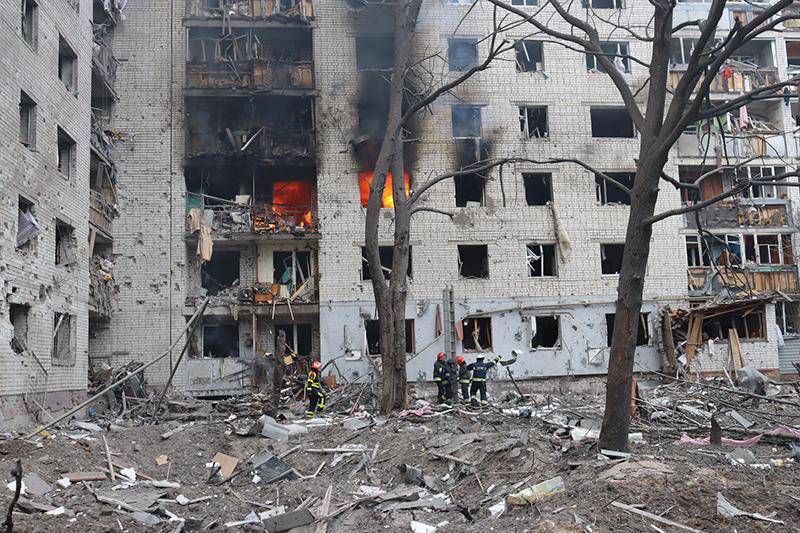 When Anna calmed down, she asked her dad to take her outside.

Stones, bricks, slabs, windows, someone’s papers, photos, children’s drawings, toys were scattered on the ground. Anna had no idea where and in what condition the people with whom she lived in the same house. Anna was looking into the bomb hole in the seventeen-story building. 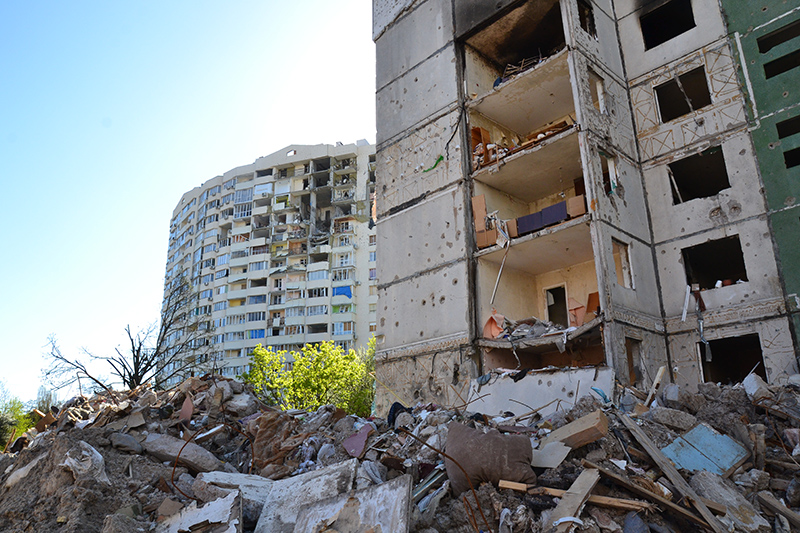